Hope to see you at Convergence.... 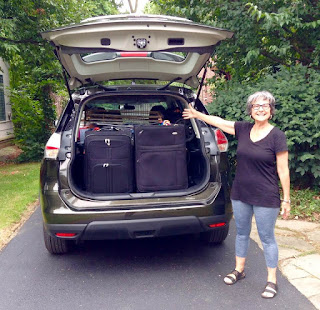 Network Drafting, Echo and Iris, and Double Weave: What to Do When You Don't Have a Computerized Loom

I have a 12-shaft Macomber and I love her well. And I also love Marian Stubenitsky's ground-breaking study, Weaving with Echo and Iris.

This book has way too many enticing projects and explorations for 12-shaft looms. Where to start? I found a particularly appealing draft for 4-color double weave on page 163, in case you want to look it up. Here's the drawdown, front and back. (The second image, showing the reverse side of the drawdown, has the tieup and treadling on the left because that's how you see it in Fiberworks.) 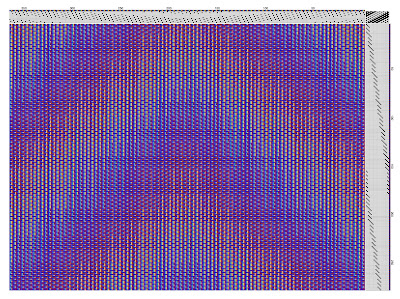 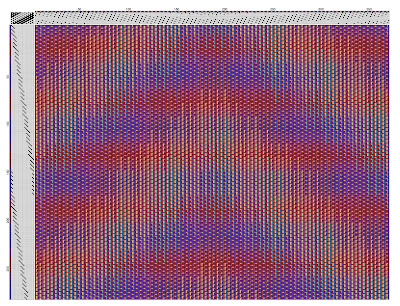 Nice, isn't it? And I have just the right colors in JaggerSpun 18/2 Superfine Merino. Perfect. EXCEPT that I don't have a computerized loom. So I can't replicate the long, long treadling, at least without a skeleton tieup, which may be the subject of another blog post....

While it may seem intuitive to some advanced weavers, the solution did not come readily to me. Then there was that lightbulb moment: Why not simply shorten the treadling to 14 treadles?

Here's how the modified draft looks, after some tinkering with the treadling. 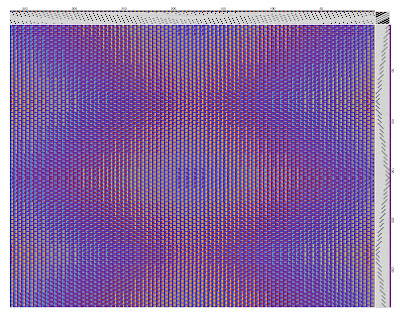 The colors of the front, with a purple weft 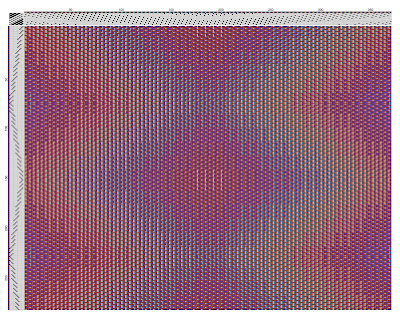 Different colors on the back, with a red weft

I like it a lot. Lots of movement and color -- iridescence, as Stubenitsky says. And not much is sacrificed in the design, at least in my view.

A few details on how I made these changes in Fiberworks. First, below is a closeup of the original treadling, for 24 treadles. (A computerized loom would use a liftplan, but the tieup illustrates my point better.) 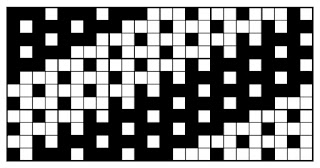 I reduced the number of treadles to the first 14, below. 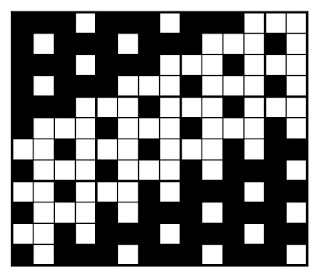 Then, I looked at the treadling sequence and selected only the portion up to and including the 14th treadle -- which is at line 72 in the pattern you see below, about two-thirds of the way down on the first section on the left. 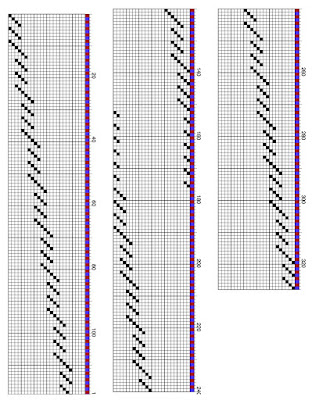 Finally, I took that treadling sequence and played with it a bit -- flipping it so that it descended rather than ascended, beginning with treadle 14 instead of 1. Then I repeated the pattern in what Fiberworks calls a "mirror repeat." These changes create the diamond shape that you see in the drawdown.

And there you have it! Sometimes planning a weaving project is as much fun as the actual weaving. Particularly when you have powerful design tools like weaving programs.

Meanwhile, back at the loom... 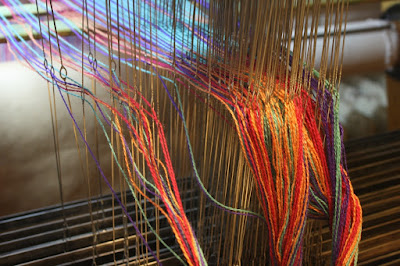