Showing posts from November, 2019
Show all

No Weaving Software, Just Pencil and Paper: A Primer on Network Drafting 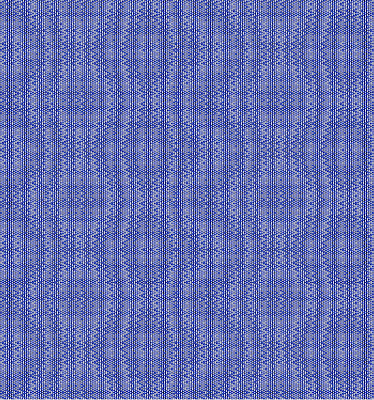 This post is for folks who wonder what network drafting  means -- people who hear the term and have only a vague idea of curves and circles -- and want to know more. (For those who understand the concept and want to dig further, I suggest you buy a copy of Network Drafting: An Introduction , the definitive work on the subject written by Alice Schlein and available by clicking  here on Amazon. Schlein is the brilliant weaver and designer who introduced network drafting to the weaving community back in the 1990s through a series of articles in  Weaver's magazine.) Fundamentally, computers and weaving software have brought the world of network drafting to the weaving community at large. Still, the best way to learn how it works, according to Schlein, is to begin with a pencil and graph paper. This way you will understand the basics of network drafting -- instead of not knowing what happens when you tell your computer software to "Redraw on network" after yo
Post a Comment
Click here to see photos and read more....
More posts