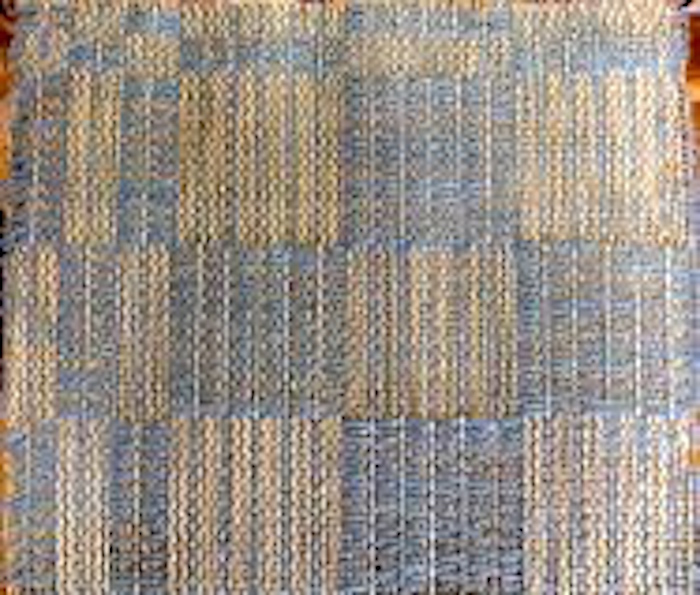 Sorry for the smaller sized photos, but I took them with my iPhone! Last week, the Weavers' Guild of Rochester hosted a workshop with the wonderful Kati Reeder Meek, author of Reflections from a Flaxen Past, master weaver, and inventor of better warping with the weaving trapeze. The photo above is a sample from the workshop, described as a four-shaft damask, woven with linen warp and weft.

Linen has a character all its own: less forgiving and far more rigid than wool, cotton or silk, but in so many ways more lustrous, durable, and pattern-friendly than almost any other fiber. I have always loved linen, as it harks back to centuries-old weaving and spinning techniques and comes straight from the fields. So ancient and so basic to human needs.

Here are a few more samples from the workshop. (I don't give anybody's name here, because some people would prefer that their names aren't broadcast over the internet -- so we'll let the weavings speak for themselves.) 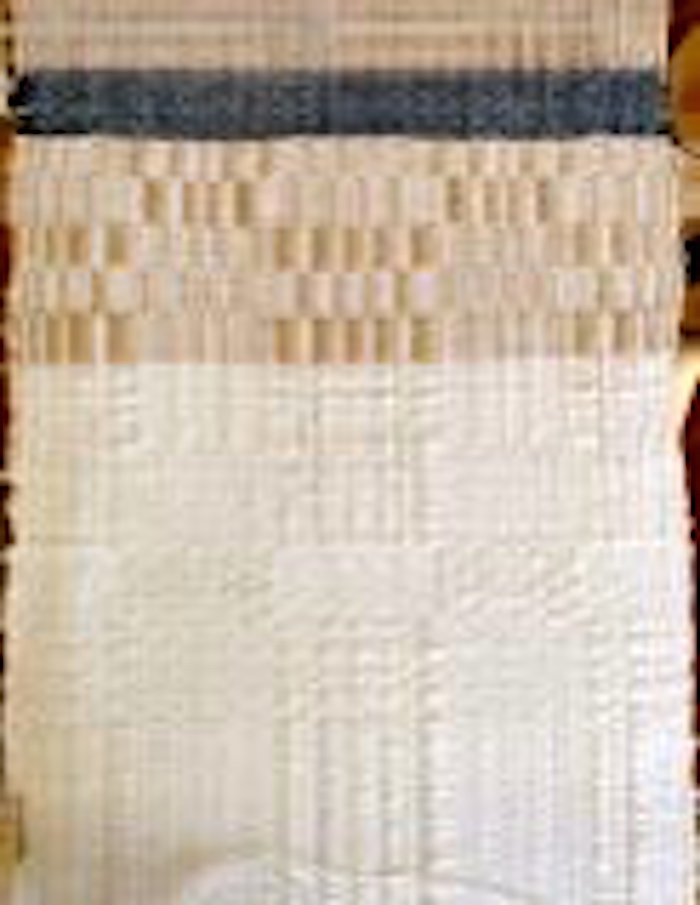 This one, above, is a bit blurry, but I hope you get the picture. This is a four-harness 17th-century Lithuanian pattern -- a one-shuttle weave that uses tabby throughout.

Above, the weaver used 30/1 linen in both warp and weft. It's woven in plain weave, in a thick-and-thin pattern where four threads are woven as one for all threads on harness 4 and then for every fourth pick. (That is, you thread a straight draw on four harnesses, threading four ends through every heddle on the fourth harness and then, as you weave harnesses one and three against two and four, weave one pick four times every fourth pick. If you want the draft, I can send it to you, because it sounds far more complicated than it is.) 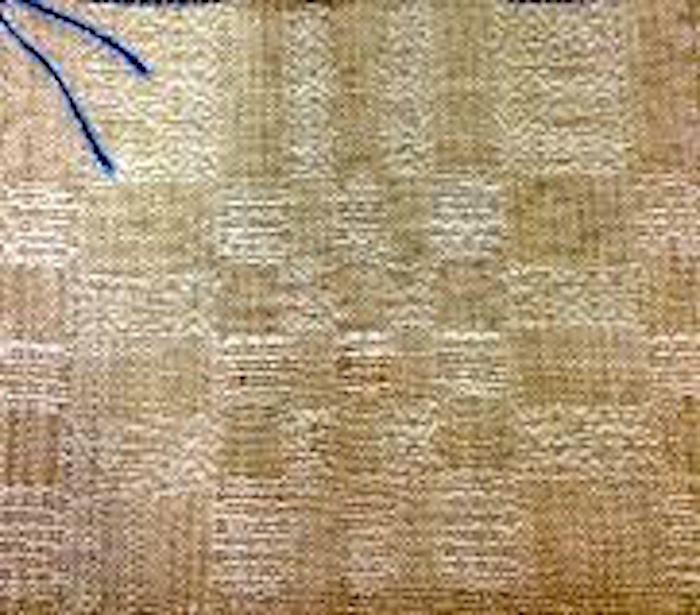 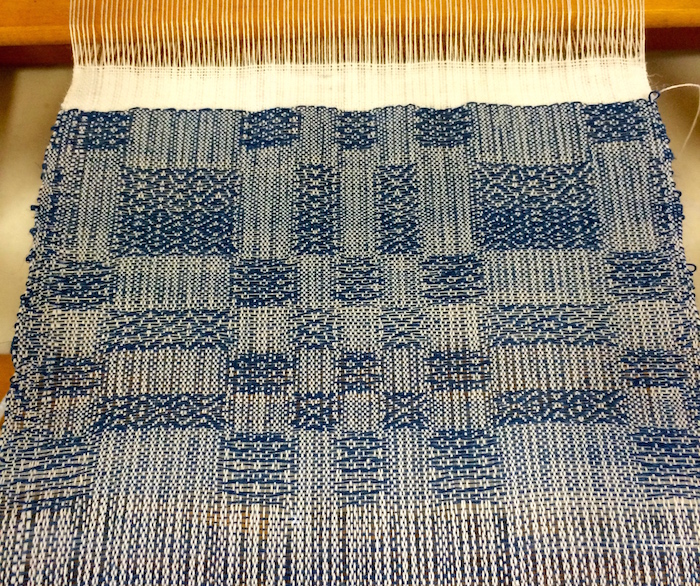 Both samples above are using the same pattern, but with yarns of different weights and colors. It's based on a 19th-century Lithuanian pattern for eight shafts, in two blocks of point twill. So pretty! The first photo is hard to make out, I realize, but the colors alone work well. 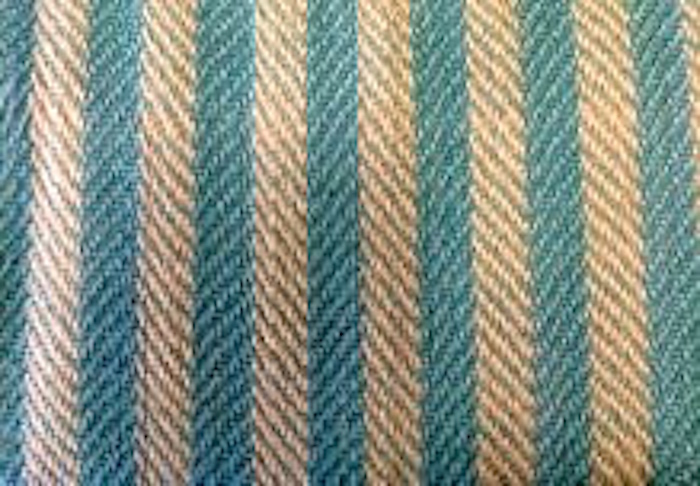 Kati Meek calls this a "trouser twill," derived from a pattern on a fragment of fabric from a Lithuanian man's trousers. It's a 2/2 twill in two colors, perhaps not for trousers this time.

My pattern was a gauzy off-white fabric with varied denting -- which I chose in hopes of making curtains for my kitchen, which we are updating. (And boy does it need updating.) Here it is, below, in a photo taken after I had cut the sample off of the loom, washed it, and "cold mangled" it with a marble rolling pin. 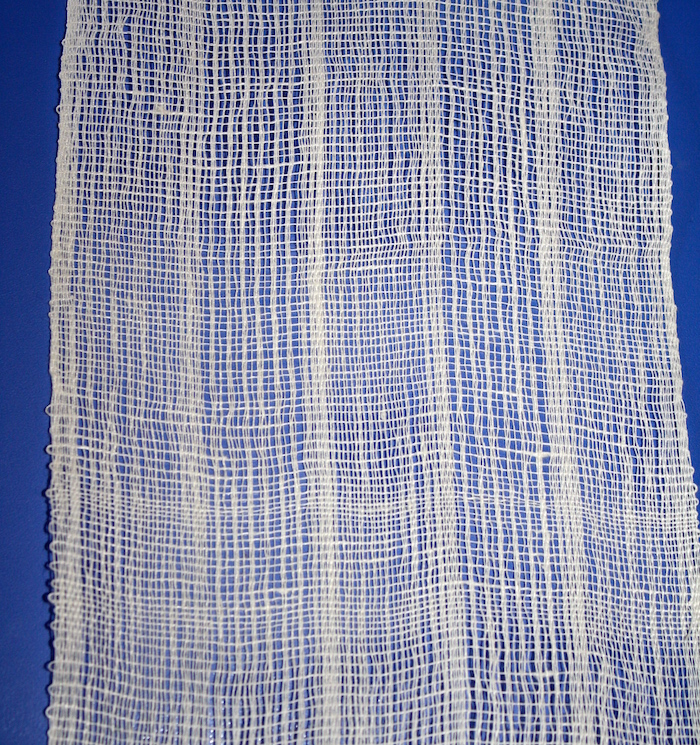 Why did I enthusiastically take Kati's class -- if I'm a weaver of collapse-weave fabrics that, unlike linen fabrics, forgive a multitude of sins? Because I love linen fiber, I hope to weave more of it, and, above all, this class revisited so many basic techniques to teach us new, better approaches. Thank you, Kati!

And maybe I will soon weave some new kitchen curtains, also thanks to Kati. 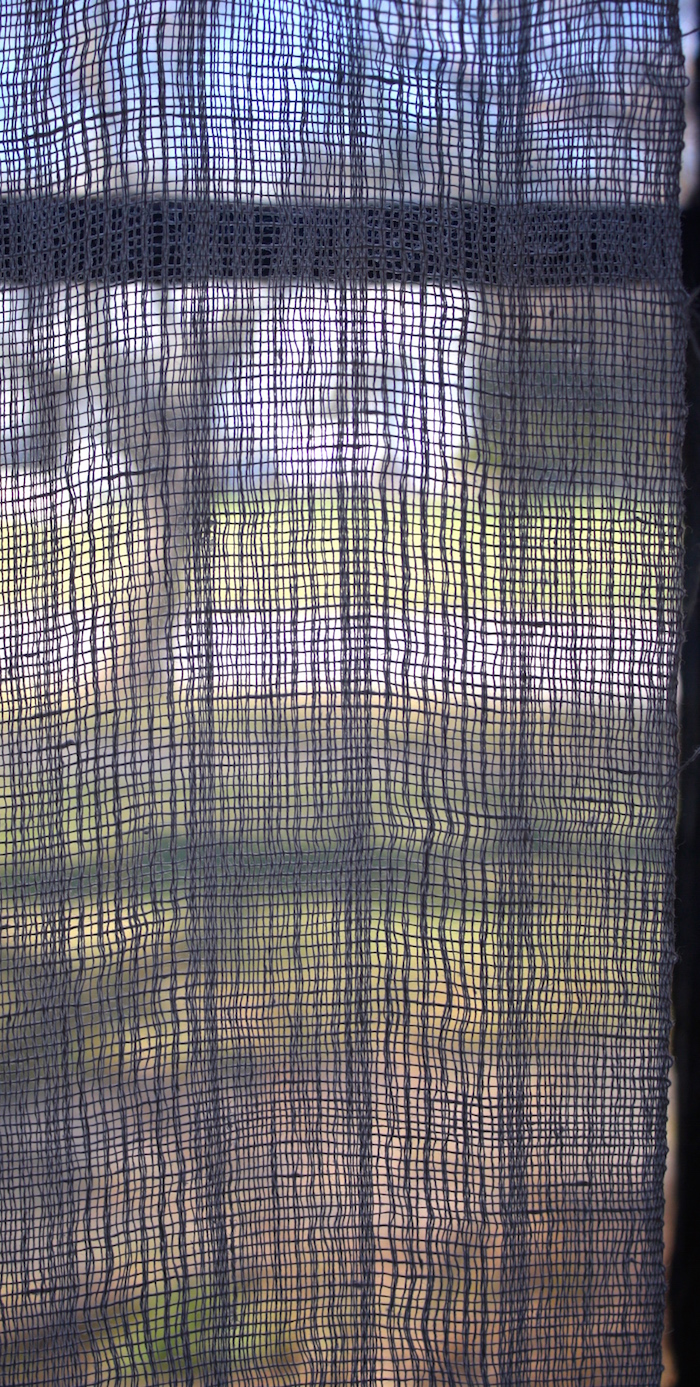