12 Harness Turned Taqueté: From Dismal Failure to Success (with a Few Treadling Errors) 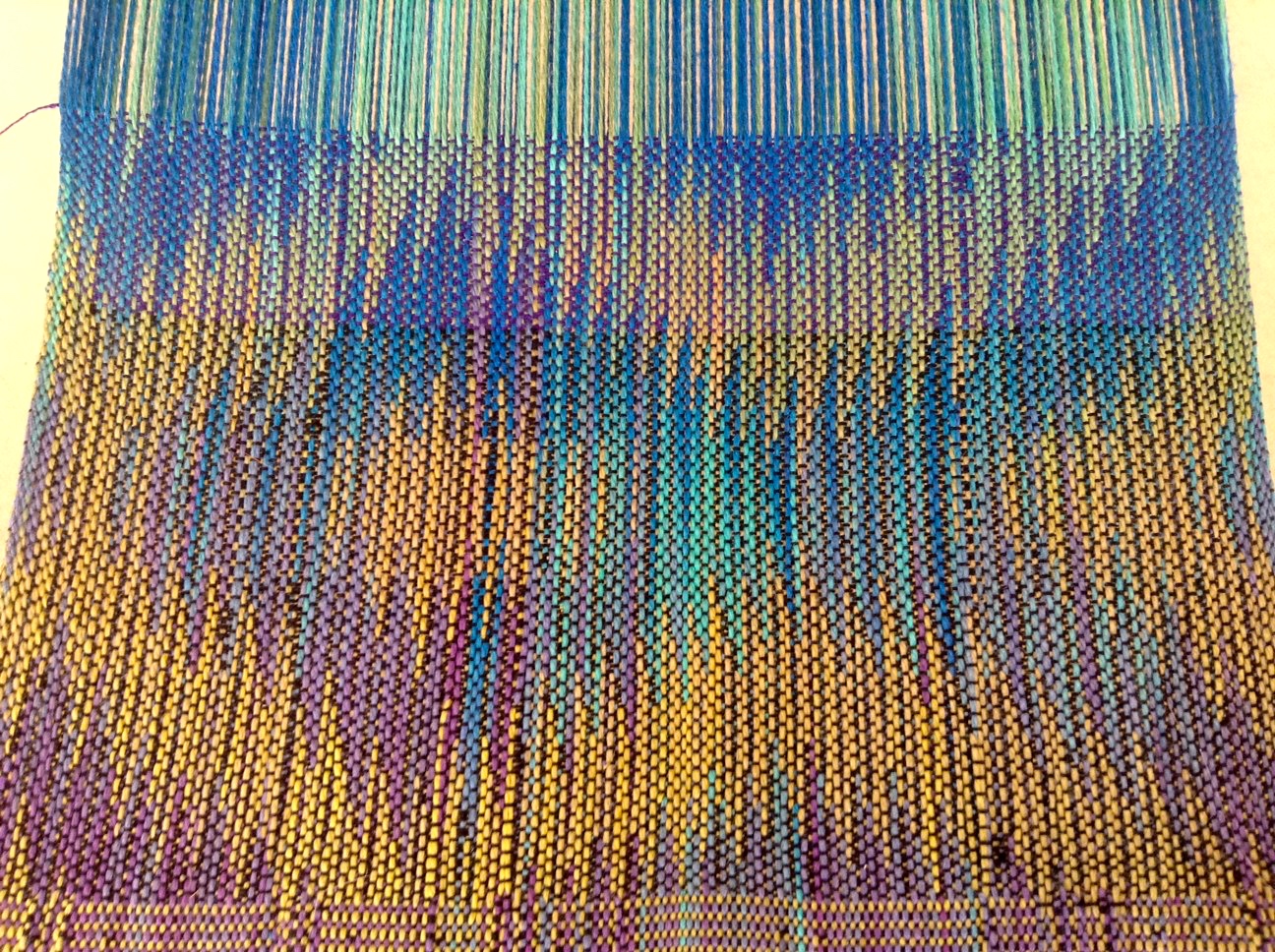 First, the success: Finally, after what seemed like hours on the floor fiddling with treadles, I'm able to weave the draft I envisioned in my head (and on Fiberworks): a 12-harness turned taquete adapted from a profile draft for 8 harnesses published by Bonnie Inouye in the Complex Weavers Journal. I fell in love with the circles and curves and have been working on it through several iterations.

Right. Not the same draft, but that's not the reason it doesn't look like turned taqueté. The treadling was all wrong (that accounts for the hours under the loom) AND I forgot to check for floats. The pattern is all floats. Although I do acknowledge that it might be interesting if you wove it as an eyelash fabric (cutting the floats so that they became like "eyelashes" on top of the fabric).

Now, for those of you who are better math-heads than I am, this all might seem terribly obvious. For me, I didn't get it until I wove it. And then I got it pretty quickly, as you can see, because I wove about an inch before I cut it off. Stewed about it for quite a while and wondered what the heck was wrong.

Went back to the drawing board -- Fiberworks, that is -- and succeeded in creating a network draft with parallel threading for 12 harnesses based on the profile draft mentioned above. I used two different painted warps of 20/2 silk and combined them, threading them A-B-A-B for the parallel threading. The weft is 60/2 silk in purple from Webs. Snatching success from the jaws of failure! 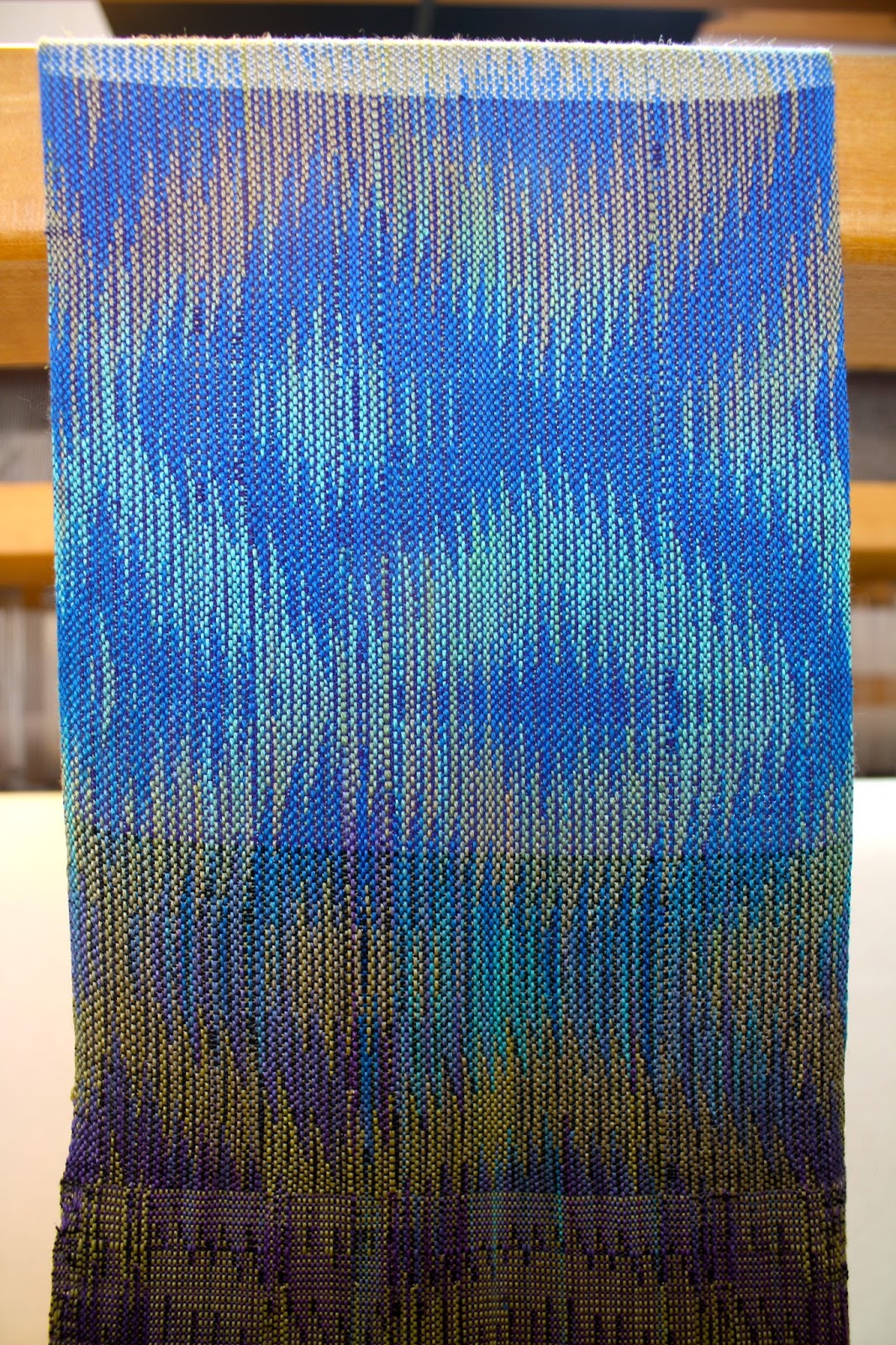 This is only a sample, aiming for a fabric I would like to weave for a jacket.  Right now, I'm playing with treadlings. And getting the threading right, of course. A careful observer might notice three threading errors in this piece -- but I won't tell you where they are ;o) Suffice it to say that I broke down and bought some repair heddles, because I'm tired of making them out of string. I find that turned taqueté is a challenge to thread, particularly with parallel threading, because it has no regular blocks. It's all over the place and, if your attention lapses for only a second or two, you have to deal with it when you're weaving.

Here's one more view of the sample, with a different treadling and an off-white weft. I think it looks washed out, but it always pays to experiment. You never know! 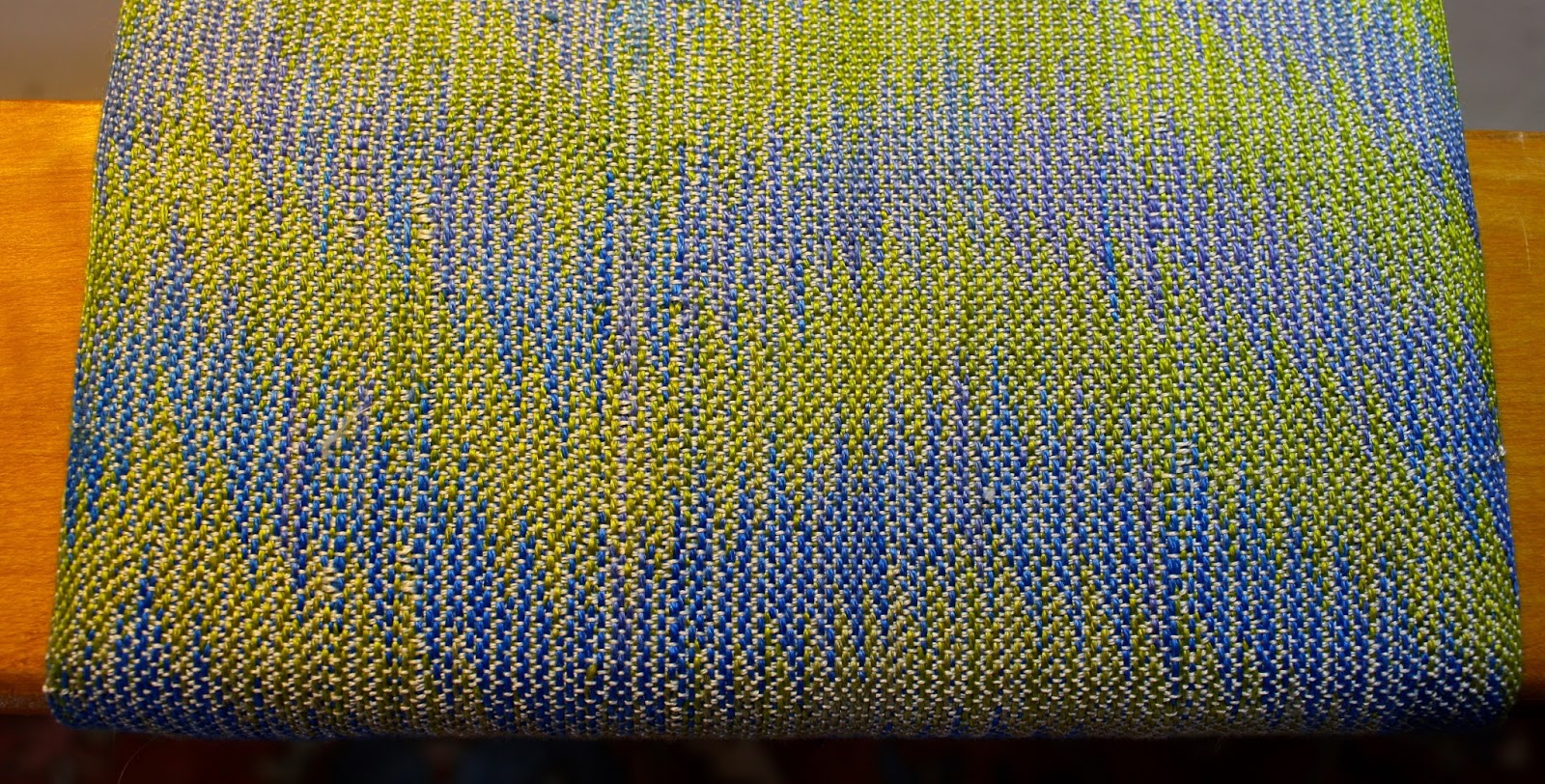 A post-script: tying up 14 treadles for 12 harnesses is enough to convince me I need to purchase a computer dobby loom.... 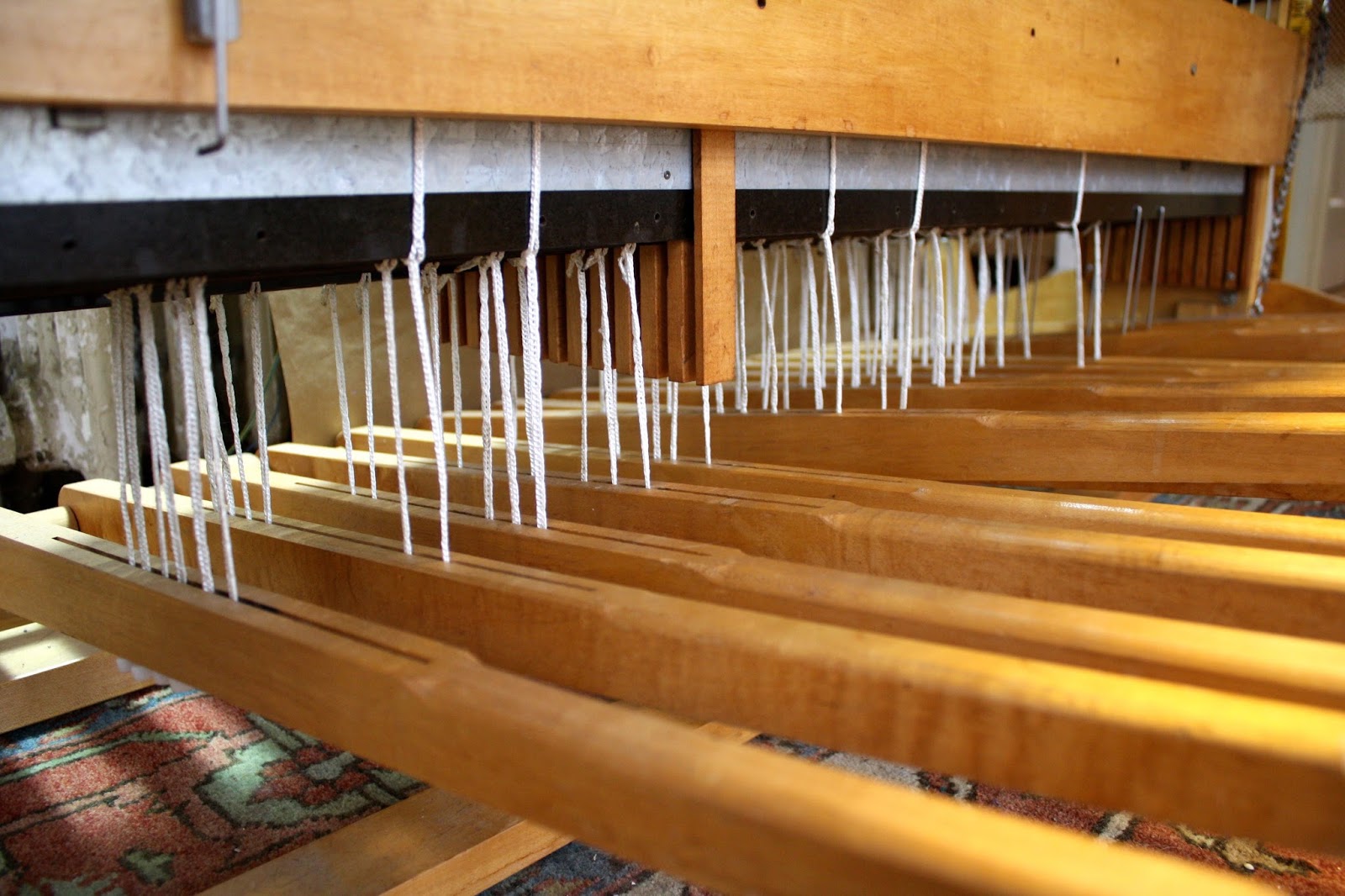