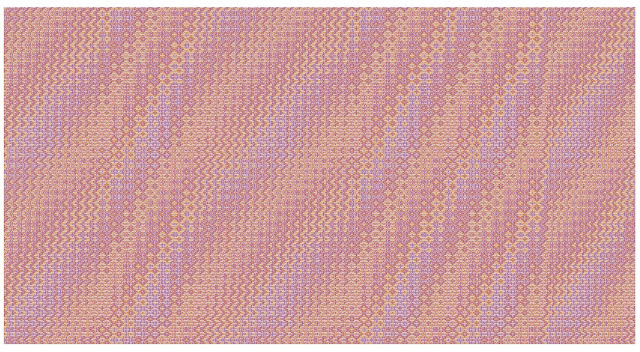 Pictured above: a drawdown of the front of a 16-shaft 4-color double-weave pattern that I just finished designing. (You'll find the tieup for this, as well as a view of the back of the pattern, at the end of this post. I have to go through all my steps in figuring it out before I reveal it to you!)
My inspiration came from Pinterest, where a while back I came upon a design I really admired. 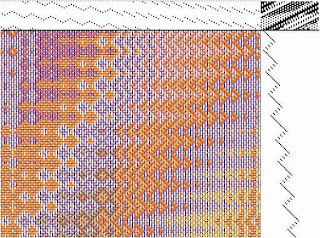 It was for 24 shafts and I have just 16 on my Toika, but still I had to figure out what made it so appealing. It was for double weave in an Echo threading and the tieup looked like this: 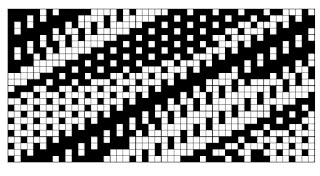 My first reaction was, "Oh boy, here's one of those irregular double-weave tieups that makes absolutely no sense." And my second reaction was, "How did they DO that?" My third reaction was, "I want to do that!"
I knew that the original tieup had been modified -- "carved" you might say -- to veer off a straight twill angle for some of the shafts, creating interesting and eccentric patterns in the cloth. So I set about adapting the design to 16 shafts, first by breaking the 24-shaft tieup into two sections, one each for the top and bottom layers of the original 24-shaft draft.
Here's what they look like. 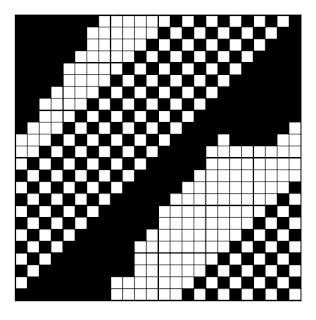 Tieup for the top layer 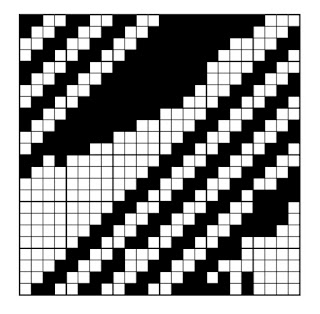 Tieup for the bottom layer
Back to Stubenitsky's Echo and Iris, of course. On page 89, she lays out her method of designing double weave tieups based on what she terms a "ratio." (Note here: Of all the listings in the index of this book, "Ratio" is cited the most. Something to ponder.)
She begins with what she calls the "ground tie-up." Below is what the ground tieup looks like for a 16-shaft double weave in Echo. For both layers, this ensures that half of the shafts will weave plain weave throughout. (You can't really weave anything with this tieup; it just gives you a stable ground for creating designs using the other half of the shafts.) 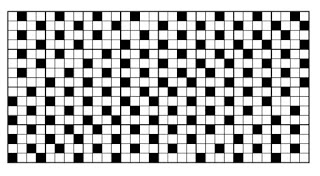 Note that the second half of the tieup for both layers is totally blank. That's where Stubenitsky's ratio comes in. For this, I tried a tieup with a ratio of 4:4, meaning that, in the second half of the treadling above the ground tieup, 4 shafts are raised and 4 shafts are down in an ascending order for both layers (top and bottom layers, on odd and even-numbered treadles). 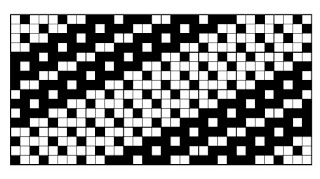 Next I created a tieup with a 5 to 3 ratio, which looks like this. 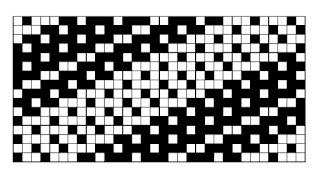 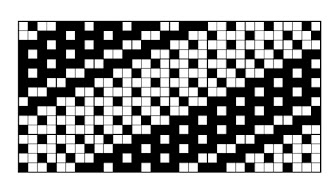 And finally I designed a 7 to 1 ratio: 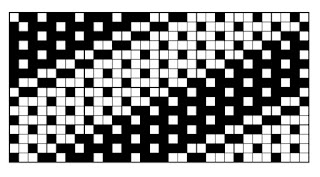 So here is what the drawdowns look like, respectively. 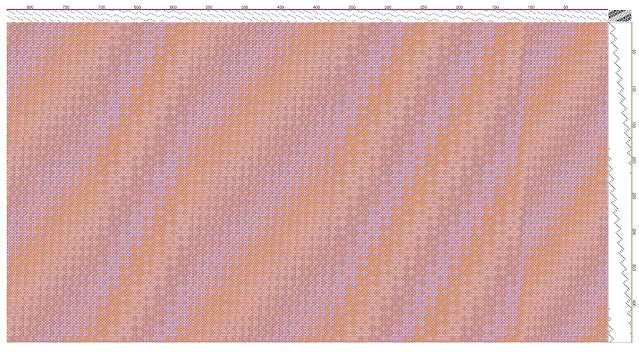 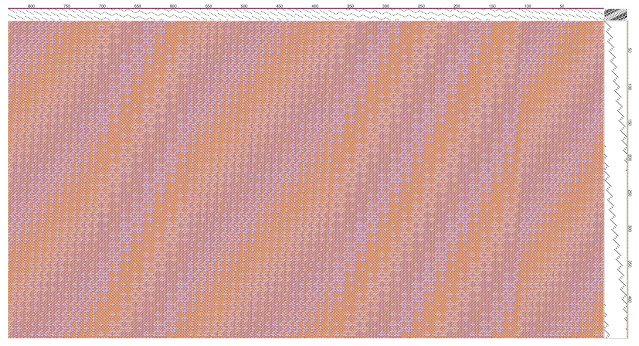 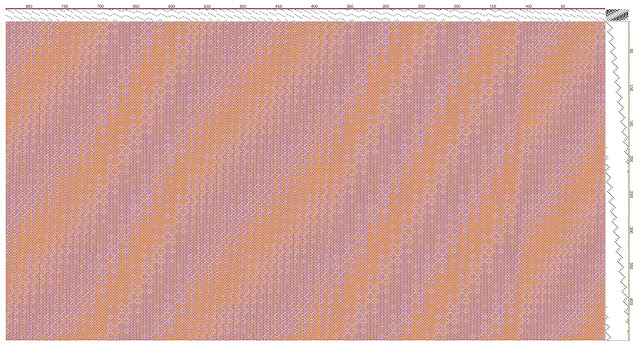 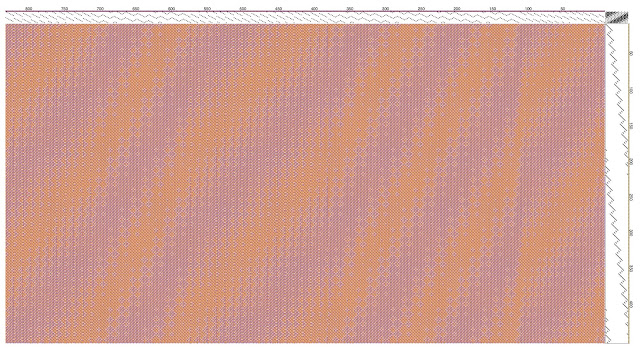 7 to 1 ratio
And here, below, is the grand finale: what I call a "carved" tieup for this pattern on 16 shafts (the pattern that appears in the first image of this post). 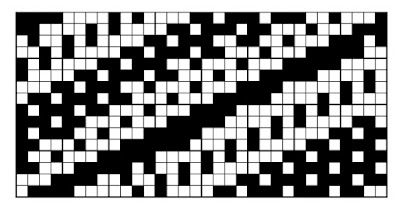 And here's the image of the back of the drawdown for this (again, the front is the first image that appears in this blog post). 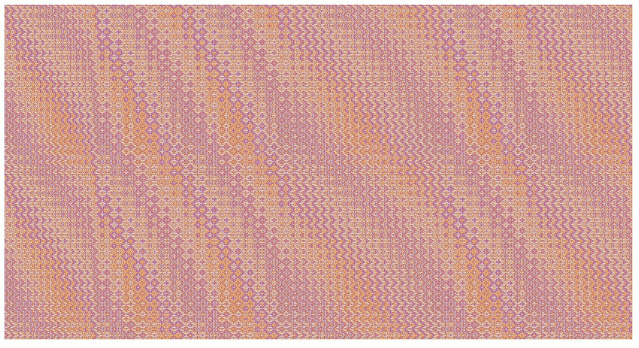 I like both sides quite a bit, but the problem is that there are quite a few warp floats of 7 picks. Not great, really, but then again, I'm considering that this is double weave -- so 7 divided by 2 layers is really a float of 3.5 for one layer. Round that up to 4 and it would be acceptable if this were Echo or Jin, so maybe it's not a problem?
More to ponder... Thanks for reading!